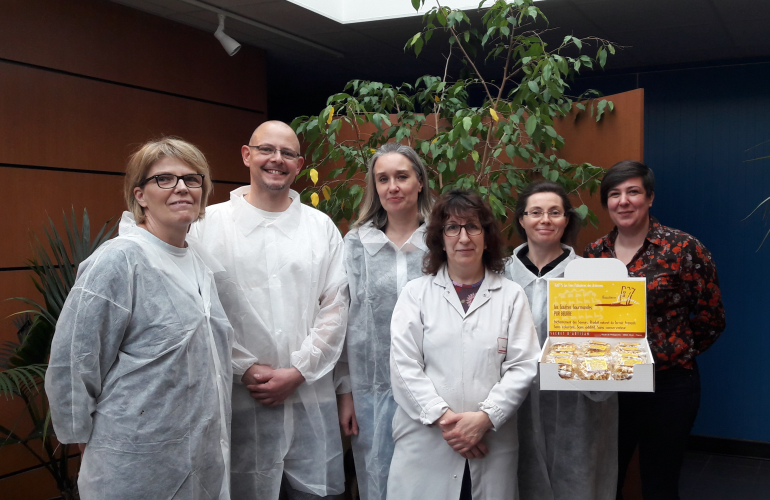 Based in Givet, on the Belgian border of French Ardennes, Biscuiterie Latour, created in January 2003 by Pierre de Longrée, specialises in the manufacture of quality artisan waffles, combining respect for standards and advanced technologies.

The principle followed by the company is to unite the creation of the simplest possible recipes (without preservatives, or natural, excluding any pointless or controversial ingredient...), with the integration of the most natural raw materials possible. The range of waffles produced (pure butter waffles with or without cocoa icing, light butter waffles, and pure organic butter waffles) meets this corporate philosophy. Every morning, Ardennes flour, Champagne-Ardenne sugar, whole eggs and UHT whole milk from a nearby source are prepared by the pastry chef before production.

This quality know-how now enables Biscuiterie Latour to turnover 1 million Euros in sales and to stake its claim in various markets, including internationally.

In France, waffles are mainly marketed via large and medium-sized distribution channels in Champagne-Ardenne and in the rest of France (Ile-de-France, PACA and the west in particular), but also wholesalers throughout the country, which are sold by delicatessens in particular (e.g. Lafayette Gourmet Paris-Haussmann).

In Europe, Biscuiterie Latour operates in Belgium, Austria and Spain. And for the past ten years, the waffles made in Givet can even be found in the United States at the Fairway Market on 5th Avenue in New York!

With an efficient production tool and a team of 6 people capable of producing 7,000 waffles per hour, the Givet based company is still looking to expand into new countries, particularly Germany and Northern Europe.