SKUADRON: an army of IT developers just a click away 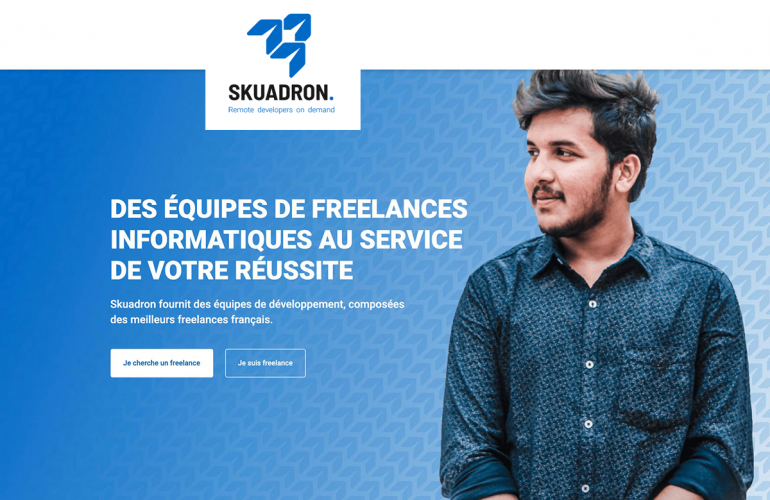 SKUADRON (“squadron” in Indonesian) is a young company that develops and deploys an innovative digital platform “made in Ardennes” on the internet (via a dedicated app). The aim of this platform is to generate and manage teams of freelance IT developers to respond to businesses’ IT development needs. The company was founded in late 2018 by Vincent Bransiecq within the Rimbaud’Tech incubator.

The idea came from a simple observation: the difficulty of recruiting the “right” IT developers (i.e. offering a perfect fit with your ambitions and geographically available), despite there being a large pool of competent and talented freelancers in the region. Of course, the idea of aggregating freelancers isn’t new but these “aggregators” all have a major flaw, which is time-consuming and often tiresome: it’s up to the company to find its own freelancers from among hundreds, or even thousands, without knowing about their real skills (real know-how rather than just what they say). SKUADRON therefore wants to go further by offering more adequate “turnkey” monitoring, which is easier and faster.

The platform makes it possible to create this link between supply and demand without geographical constraints, and positions itself as the sole point of contact for facilitating projects. Clients wanting to create a website, a mobile app or business software can submit their requirement to a whole community of developers (pre-selected by the platform) and then receive a tailored response meeting their specifications, possibly with a combination of skills, with the entire process (invoicing, responsibility etc.) managed by SKUADRON.

The young company already benefits from the support of a number of public sector organisations (Grand Est region, Bpifrance) aware of its growth potential, as well as several professional networks (France Active, Initiative Ardennes). Confirming its strong growth – generating revenues in the 1st quarter of 2020 equal to total revenues for 2019 – SKUADRON hopes to hire its first salaried employee in July.

In addition to its historic and traditional industries – many of which are moving towards industry 4.0 – French Ardennes also has part to play in the development of digital businesses and services. This is demonstrated by SKUADRON as well as numerous other successes in the Ardennes such as BLOSSOMA, CADSIM 3D and EXPLOSEO.