AAAL'TO: an industrialist anchored in the Ardennes 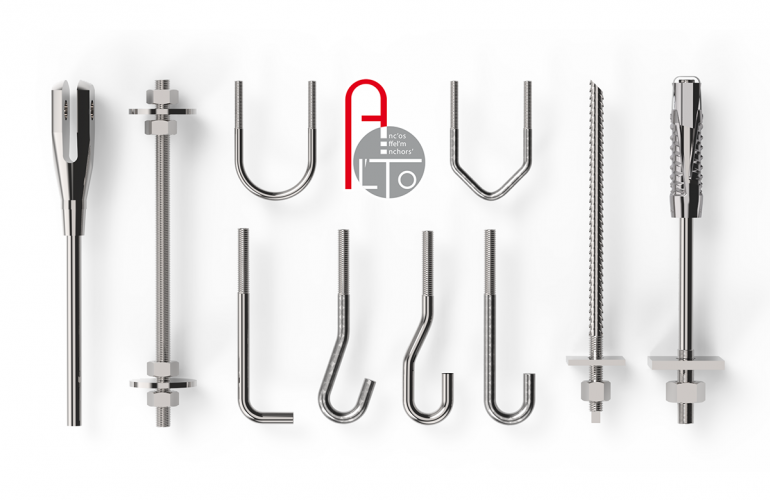 The group has worked for many business sectors around the world for more than a century, with more than 200 references (infrastructure and transport, renewable energies, security and support, etc.). Its machining facilities allow it to manufacture all types of anchors and fixings by plan and to measure, whatever the thread, welding, bending, machining or material: construction steel, alloy steel, standard and special stainless steel. Thanks to the quality of its products, AAAL'TO is a player today recognised by the main manufacturers, such as Eiffage, Bouygues and Vinci.

The AAAL'TO group employs around twenty people and is spread over two manufacturing sites in the Ardennes: ANC’OS in Donchery and AFFEL’M in Bogny-sur-Meuse. It manufactures 3,000 tonnes of finished steel products per year, 70% of the production of which is for export. ANC'OS specialises in the manufacture of heavy fasteners, tie rods and heavy anchors up to 160 mm in diameter, used in the construction of civil engineering works: bolts and anchor rods for concrete foundations, anchor cages for wind turbine foundations… AFFEL'M is also recognised for its anchorage systems for the mining industry and supporting anchors: studs, piles and micropiles for soil stabilisation, anchoring bolts for securing mines, cliffs and tunnels, passive tie rods for sheet piles and underground infrastructures….

Formerly Lenoir and Mernier, AFFEL’M was acquired in 2008 by Jean-Marie Lambert, CEO of ANC’OS. Three years later in 2011, AFFEL'M recorded a 60% increase in its turnover and 45% in its exports. In 2014, he brought together the two companies of complementary know-how with the creation of the AAAL’TO group. When Jean-Marie Lambert died in 2018, his four children decided to take over the management of the group with their complementary skills. Julie Lambert became the new CEO with the expectation of taking the company even further. Over the past two years, her perseverance has helped boost employment within the group through the creation of new positions and the development of a new commercial strategy. This recovery was recently greeted with a "Trophée des entreprises" from the Ardenne Métropole. A new page in the history of this company with definite values (innovation, development of qualifications, etc.) begins today with bright prospects on the horizon.

Like many industrialists in French Ardennes, AAAL’TO is one of the companies participating in large-scale projects alongside major contractors.