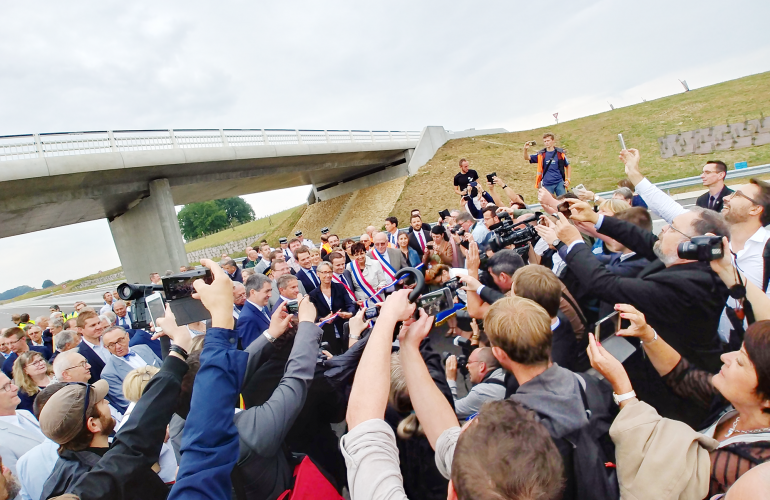 End of July 2018, the new Ardennes motorway (A304), was opened by French Transport Minister, Elisabeth Borne, with a wide range of other French and Belgian political and economic figures.

Devised to relieve Charleville-Mézières town centre and to improve access to Belgium, the new road positions French Ardennes on the map as the junction between the largest trunk roads in North Europe, close to the major North Sea ports. The A304’s 31km long dual carriageway is free to use and runs through 23 French Ardennes towns before arriving at the Belgian border. In 2019, the Ardennes will be directly linked to the Belgian motorway network via the E420. In fact, roadworks are currently underway to connect the Belgian town of Couvin’s bypass (which opened in October 2017) with the French border.

As the missing chain in the Transeuropean Network, both for road and naval transport, the A304 provides an alternative to the sometimes traffic-clogged A1 (which goes through Paris) and A31 (which goes through Luxembourg). It further opens the department towards Europe and strengthens the existing collaboration between the neighbouring countries.

This new strategically positioned route through the middle of one of the highest global consumption zones, inhabited by 110 million people, has great economic and tourist development potential for French Ardennes.