Nestlé Challerange factory: a shot of the Ardennes in your coffee 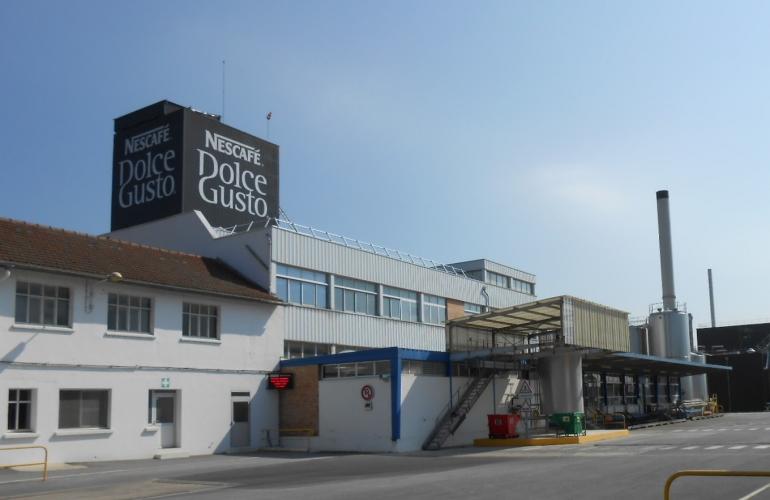 Formerly known as Maggi, the Nestlé factory (since 1947) has become a leading supplier of milk-based products for Nescafé Dolce Gusto capsules. In fact, milk from the Ardennes is present in 74 countries on five continents.

Leading global food company specialising in nutrition, health and well-being, the Nestlé Group is celebrating its 150th birthday in 2016. With 442 factories in 86 countries and more than 2,000 marketed brands, the group’s turnover has reached 90 billion Swiss francs (including 4.8 billion euros for NESTLE France). To maintain its position as market leader, the Swiss giant invests in R&D with 34 research centres and 5,000 dedicated employees.

The launch in 2009 of one of its major innovations - coffee capsules - transformed the factory in Challerange in the Ardennes into a centre of excellence for dairy powders. The reason for this location: the very high quality of milk in the region.

Under the management of Philippe Larroque, this production centre with an area of 47.000 m² employs a hundred people. In addition, the company is also a pioneer within Nestlé, beginning to use the group’s first log-burning boiler in 2011; it burns wood chips from local forests.

In 2014, Nestlé decided to invest 12 million euros in the Challerange site to acquire a second evaporator. From 2016, this investment will increase the annual production of milk powder by about 50% and will create ten jobs.

The company processes 80 million litres of milk annually from more than 200 local producers.