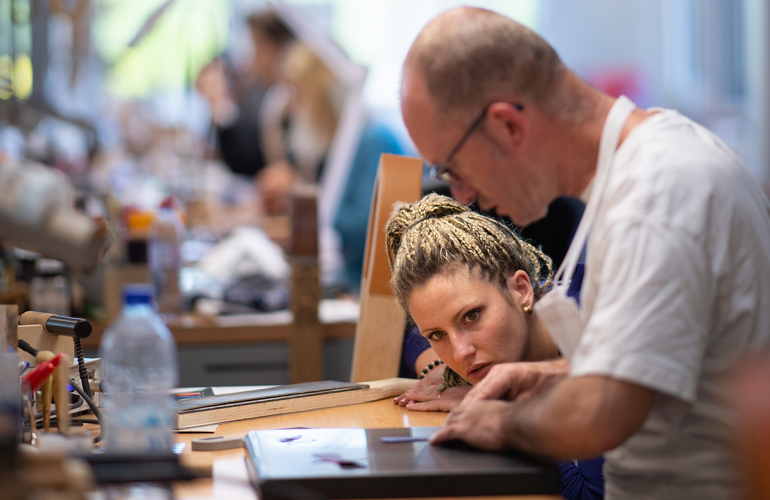 Having been in French Ardennes area since 2004 at its Bogny-sur-Meuse site, Hermès is set to establish a second factory in the Tournes/Cliron sector. 250 jobs will eventually be created.

As a business committed to quality and creativity, Hermès international reputation is based on exceptional artisan skill. The French leather goods business has always valued working by hand and supported artisans to improve their skills throughout their careers. Staying loyal to its values, Hermès is committed to keeping most of its production at its 42 factories in France, while developing its network of 310 stores in 49 countries. Hermès employs over 14,000 people worldwide, including 8,800 in France.

The new French Ardennes site, which will be in the Parc d'Activités Ardennes Émeraude [Ardennes Émeraude Business Park] owned by the Ardennes CCI [Chamber of Commerce], will consolidate its leather-goods activities. With the Bogny-sur-Meuse site, the Hermès French Ardennes hub will eventually be home to over 500 artisans. In line with the group's ambitions, the construction of this new workshop will have a sustainable focus: controlling energy consumption and choosing innovative technology to reduce its carbon footprint, having quality workspaces, protecting biodiversity on the site, integrating into the landscape...

Having been supported by Ardennes Développement since the project first began — in collaboration with the different local partners — this project confirms Hermès commitment to the area and again shows that renowned international groups (such as PSA, Mondelez and Nestlé) are interested in setting up and operating in French Ardennes.