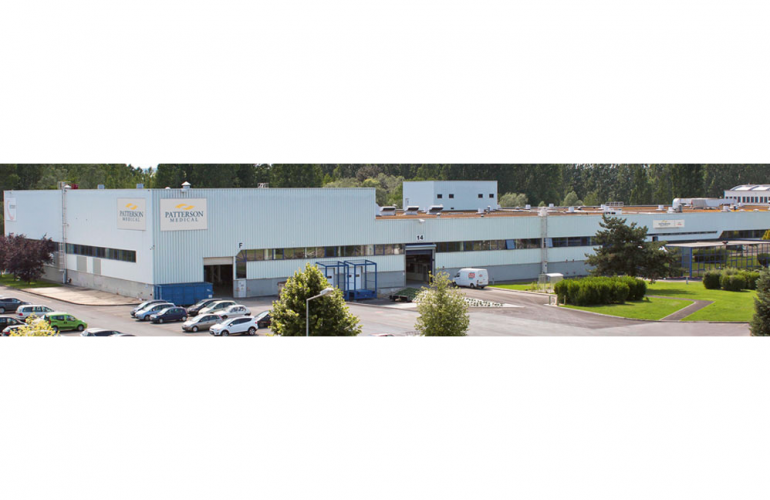 Founded in 1877 in the United States, the Patterson Group has become a world leader in the veterinary, dental and medical markets, with offices in more than 90 countries.

Based in Charleville-Mézières for more than 30 years after the acquisition of a production site for innovative motorised splints, Patterson Medical France SAS made a strategic change in 2013 by selling its production business, to concentrate on the commercial and logistics side of the business. Still based in the Ardennes, production of these splints was undertaken by a Belgian group with its original name of Kinetec. As for Patterson Medical, the Ardennes site became the European platform for the distribution of the orthopaedic, medical and sport supplies, paediatric and home support ranges of the American group. The company supplies hospitals, nursing homes and also large general and sports retailers, including Decathlon and Go Sport.

In a few years, its product offering has multiplied by 10 with about 30,000 products marketed as part of thirty brands. To meet the growth in its product offering along with its clients’ demands, the company has invested in a logistics platform of over 7,000 m² and has developed its customer service, offering training to its distributors, all whilst focusing on research and development. Indeed, the Ardennes company has contributed to the development of a new-generation shock-absorbing sole, Sorbothane®.

In little more than a year, the company has doubled its staff and now employs more than thirty people. In 2015, it had a turnover of roughly 8 million euros.