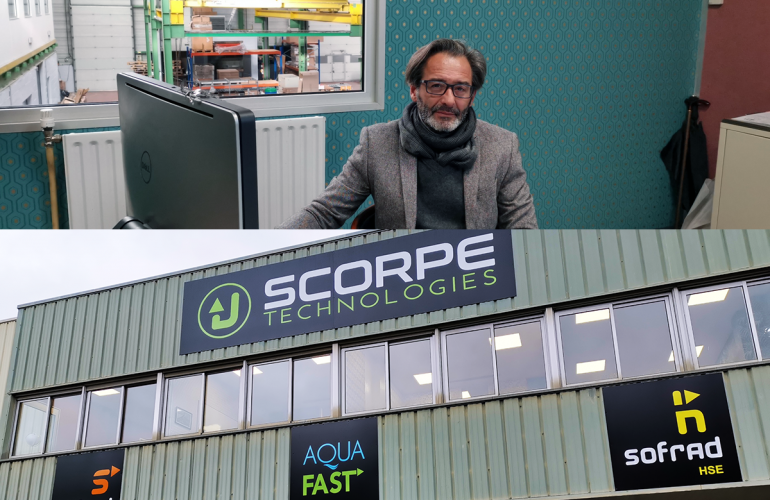 First set up 26 years ago by Sylvain Deménil, the company specialises in emergency response equipment for use when dealing with natural disasters or road accidents, which it markets and sells across the globe.

Until now, management, the back office, and the production and assembly operations have all been located at different sites. This has sometimes caused management complications.

So when company partners Sylvain Duménil and David Bodenam spotted the abandoned former St Germainmont sugar refinery in the southern Ardennes, they said to each other, "Of course, this is the place!"

With the support of local economic development agency Ardennes Développement, they got in contact with site owner Jean-Luc Poulain, founded an SCI (Société Civile Immobilière – a French property investment partnership) together and came up with an innovative development project: the creation of a modern combined management and production site, where all the various teams would be based together in a startup-like setting complete with open-plan offices, a gym and special thinking areas. The Pays Rethélois region helped them resupply the site with energy. France's Grand Est region is supporting the company's development within the framework of its SME modernisation programme.

And because the emergency response market is changing, with vehicles becoming safer, the corporate strategy also needs to evolve. So SCORPE – the brand with the green logo rather than a red one like its competitors – is adapting and transforming itself by producing equipment aimed at the armed forces.

The disused St Germainmont sugar refinery, with its century-old brick building, offers the possibility of creating a dedicated centre in which to provide training in the extended range of products and equipment. BPI France is supporting this innovative initiative.

Working in a startup like setting, this henceforth Ardennes based SME has found an operations and development site in south Ardennes fully commensurate with its international ambitions.