The Trans-Ardennes Greenway: a path to leisure 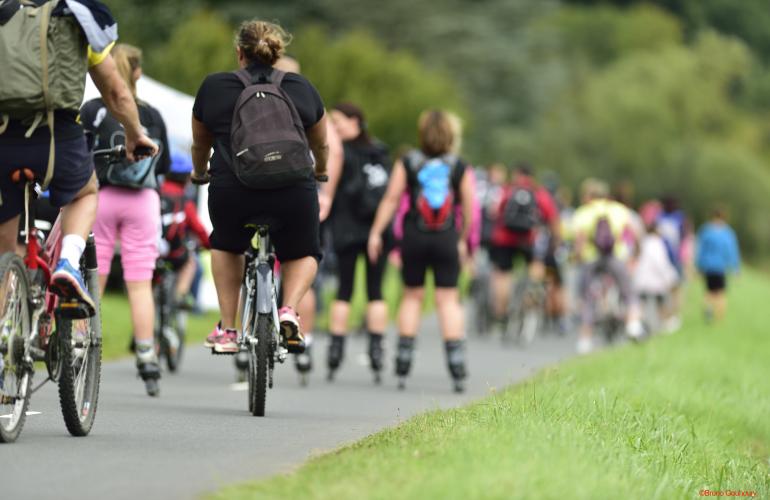 From Givet in the Ardennes to the Belgian border, to Charleville-Mézières, discover the Trans-Ardennes Greenway.

Thanks to its richly contrasting and colourful countryside, the department of the Ardennes is an ideal hiking location.

Selected as a "European Cycle Path" in 2010 by a panel of Dutch journalists, the Greenway invites you to relax amongst the diverse landscapes, with routes along the banks of the Meuse river, along the former towpath and without ever departing from the run of the river.

One of the department's actual tourist assets, the Greenway contributes to its dynamism. Opened to the public in 2008, the route is now more than 90 km long, with the addition of the new 9.5 km stretch between Montcy Notre-Dame and Lumes.

This section is the first stage of the extension to the Trans-Ardennes Greenway, which is currently under way, between Montcy Notre-Dame and Remilly-Aillicourt (the works launched in July 2014 should be complete by October 2015).

As of 2014, the Trans-Ardennes Greenway accounts for:

(study conducted for the period from 1 January to 31 December 2014, according to the figures registered by the 4 eco-meters located in Montcy Notre-Dame, Bogny-sur-Meuse, Haybes and Givet).