With Ecosolar, solar energy stays ahead of the game 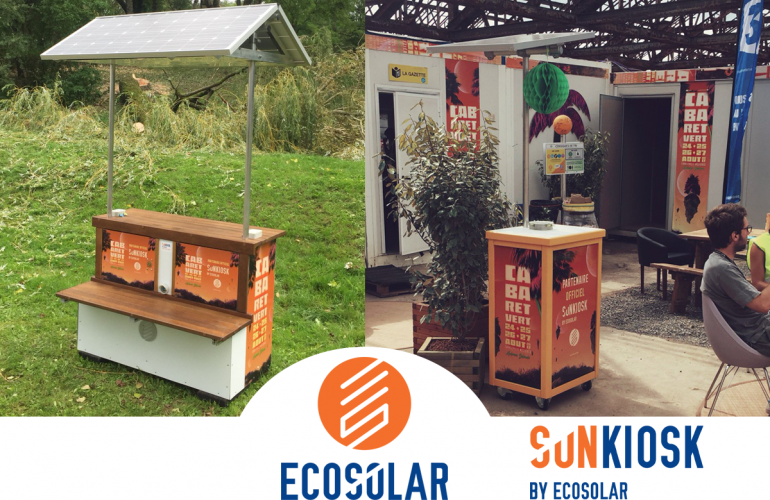 Based in French Ardennes at the business incubator in Charleville-Mézières, Ecosolar, created in 2016, specialises in photovoltaic solar energy and its applications. Its founder, Mathieu Jacquot, who studied electrical engineering, worked for 7 years exporting solar energy.

Ecosolar’s core business is providing photovoltaic solar panel solutions for self-sufficiency, taking advantage both of recent changes to legislation and technology which promote this type of renewable energy and its profitability and of societal developments which have led to an increasing number of active consumers. In July 2016, the State gave the green light to energy self-sufficiency, allowing a person with solar panels to directly use any electricity produced, rather than reselling it to the network. This has been further boosted this year by a bonus to be paid for 5 years.

Furthermore, the obligation to integrate the panels into the building, which could present risks and represented a significant additional cost, was removed. It is now possible to put panels on roofs, balconies and pergolas, for example. The increase in the lifetime of the panels (30 years) has made it possible to increase the manufacturers’ warranty period, thereby ensuring a better return on investment.

Ecosolar acts both as a consulting firm and as an installer, for individuals, professionals and communities. The company is also working with Ardenne Metropolitan Area on a project on the La Macérienne site in Charleville-Mézières.

Alongside this main business, Ecosolar is also an innovative start-up which has developed Sunkiosks, solar-powered docking stations which can charge smartphones at events (festivals, racecourses, fairs, etc.) or leisure facilities (camp sites, seaside resorts, amusement parks, etc.). Sunkiosks are totally self-sufficient in terms of energy and also serve as physical communication areas to which various options can be added (such as touch screens or wifi hotspots).

Ecosolar was awarded the innovation prize as part of Ardenne Metropolitan Area’s 2017 Trophées des Entreprises (Business Trophies) for its Sunkiosks. They were present at La Magnifique Society festival in Reims, Terres du Son (Touraine) and Le Cabaret Vert (Charleville-Mézières), and will be at La Foire de Châlons-en-Champagne. New generation Sunkiosks should appear in 2018.

They have enabled Ecosolar to develop a new market, offering online sales of multi-connector USB cables for recharging and synchronising any smartphone in any situation, as part of the E-Snake brand: www.e-snake.link.

From its location in Charleville-Mézières in French Ardennes, the company plays a role within the national market and further afield too, with projects underway in Mexico and Africa.